New Vancouver-based biz Damon Motorcycles is a company created with a passion for riding, and built from the need to improve rider safety. In January 2020, Damon Motorcycles will unveil its revolutionary electric motorcycle, the Hypersport Pro™, with prototypes set to hit the roads mid 2020. Team TONIT is revving its engines for you, Damon Motorcycles! 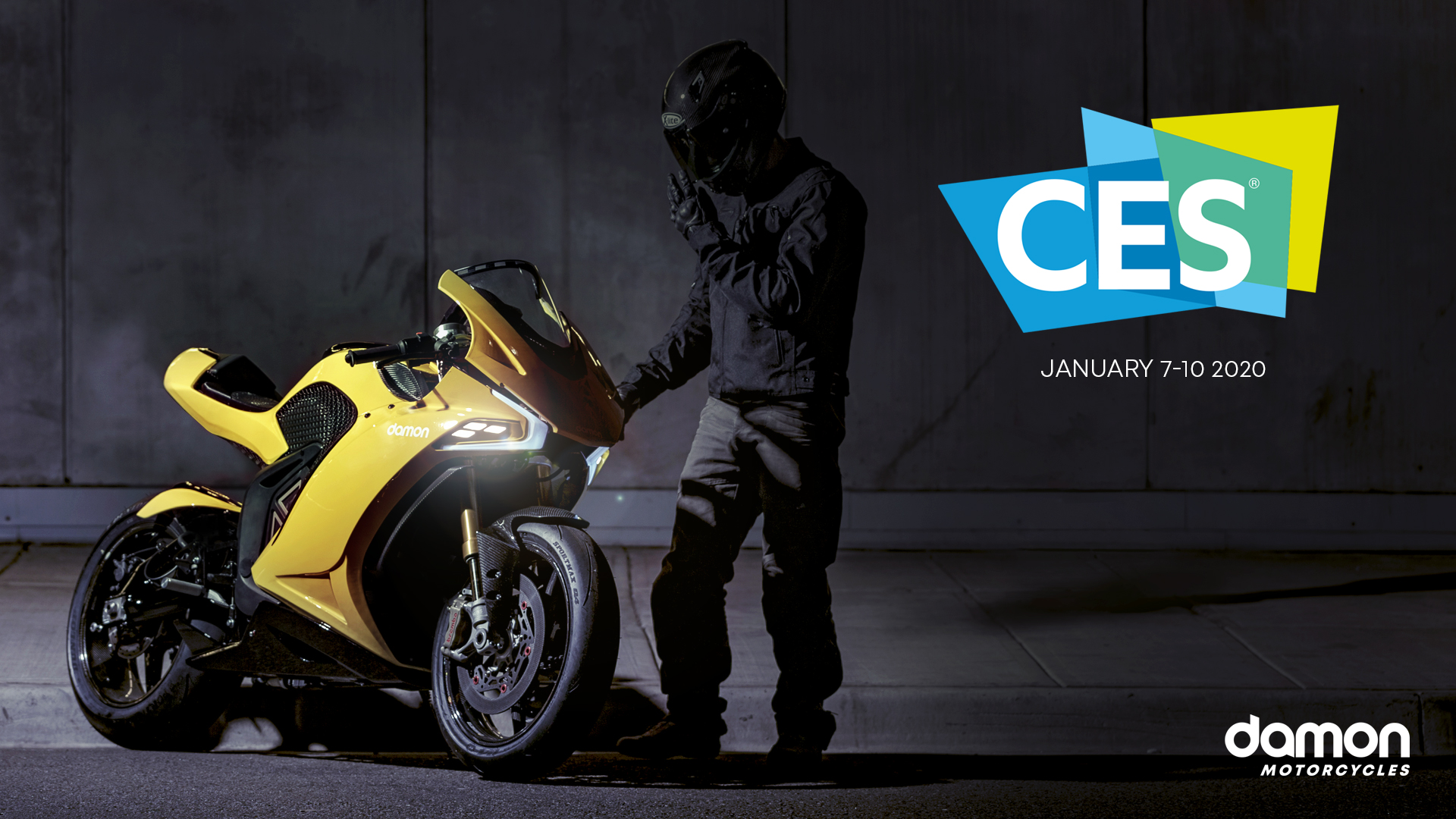 VANCOUVER, BC – December 3, 2019 – With the world’s largest motorcycle event EICMA squarely in its digital rearview mirror, Damon Motorcycles announced today that the #futureofmotorcycling will be unveiled on Jan 7th at CES 2020. An entirely new kind of electric superbike, Damon Hypersport addresses age old problems in motorcycling that have long been ignored, namely rider safety and comfort.

Motorcycling is the dominant form of transportation, with 48% of the world depending on motorcycles everyday. In 2018, the National Highway Traffic Safety Administration (NHTSA) found per vehicle miles traveled in 2017, motorcyclist fatalities occurred nearly 27 times more frequently than passenger car occupant fatalities in traffic crashes. Despite these figures, today’s motorcycle manufacturers are not addressing the problem head on. The perception of motorcycling being inherently dangerous remains unchallenged, and while this persists, there is no urgency to increase onboard safety measures.

Yet according to the AAA Foundation for Traffic Safety, collision warning technologies have the potential to prevent 40% of all vehicle crashes and nearly 30% of traffic deaths. So far Damon is the only manufacturer dedicating itself to technology that proactively reduces the risk of accidents. 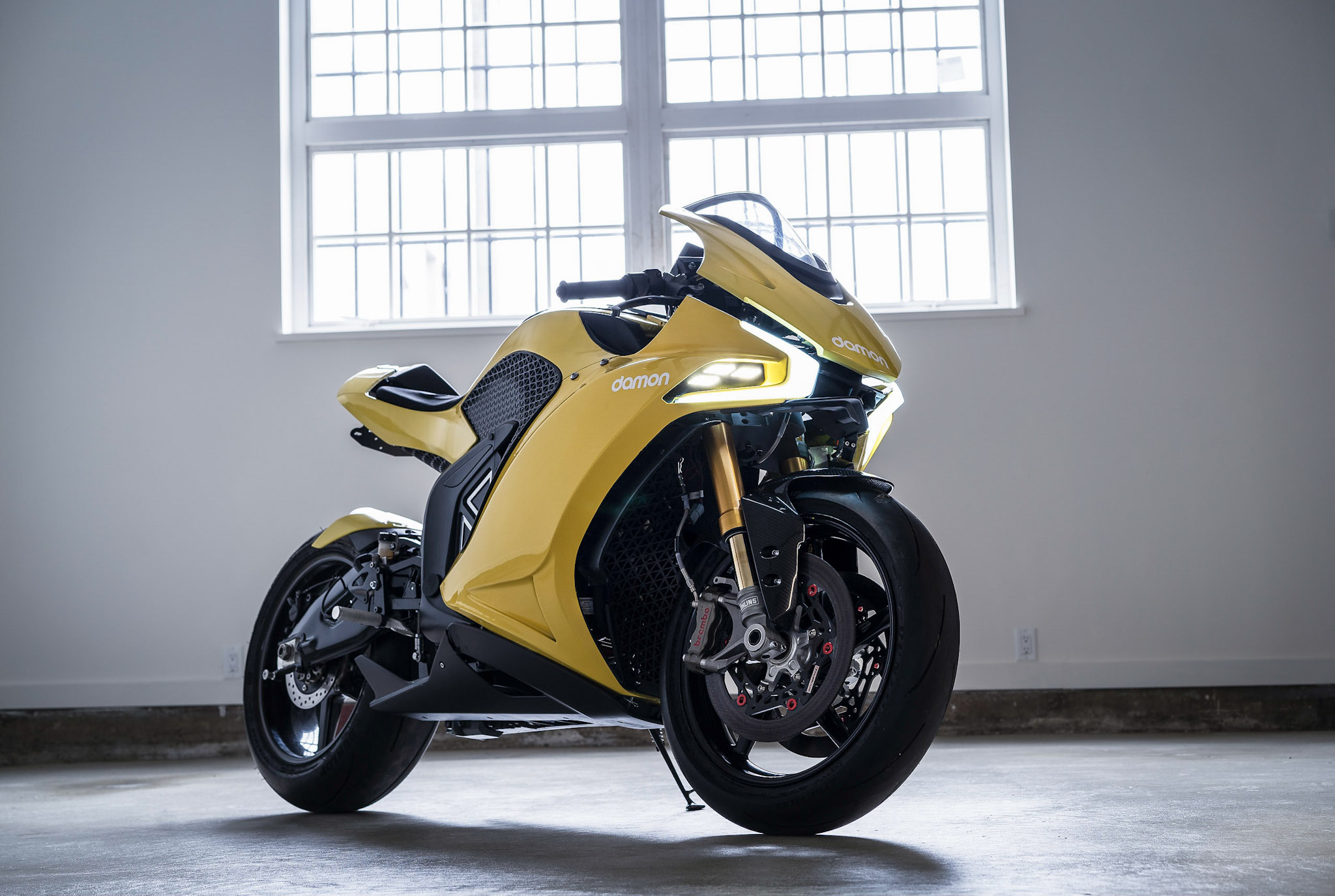 “Exhaustive studies have shown that in almost half of motorcycle accidents, riders were found to have taken no evasive action before the impact occurred. So we know that riders need more warning time,” said Dom Kwong, Chief Technical Officer of Damon Motorcycles. Damon’s flagship motorcycle the Hypersport Pro with CoPilot™ expands the reach of your senses in 360º, giving you that one extra second you need to react to keep you safe on the road.”

CoPilot™ employs radical innovations in sensor fusion and AI, including radar, cameras and non-visual sensors to track the speed, direction and velocity of up to 64 moving objects around the motorcycle. To keep the rider’s attention forward where it is needed most, CoPilot’s forward collision warnings are delivered with patent pending haptic vibration in the grips. Blind spot alerts are delivered with amber LED lights at the left and right edge of the windscreen. Rear collision threats, which make up 11% of motorcycle accidents, are delivered to the rider with a bright white LED on the windscreen’s edge, and are reinforced with high definition visuals on its 6” LCD display, which doubles as Hypersport’s instrument cluster. Unlike collision warning systems found on modern cars, Damon’s CoPilot™ intuitively monitors traffic in 360º, forming a bird’s eye view of itself to anticipate the behaviour of cars, bicycles and other objects to alert the rider before it’s too late. 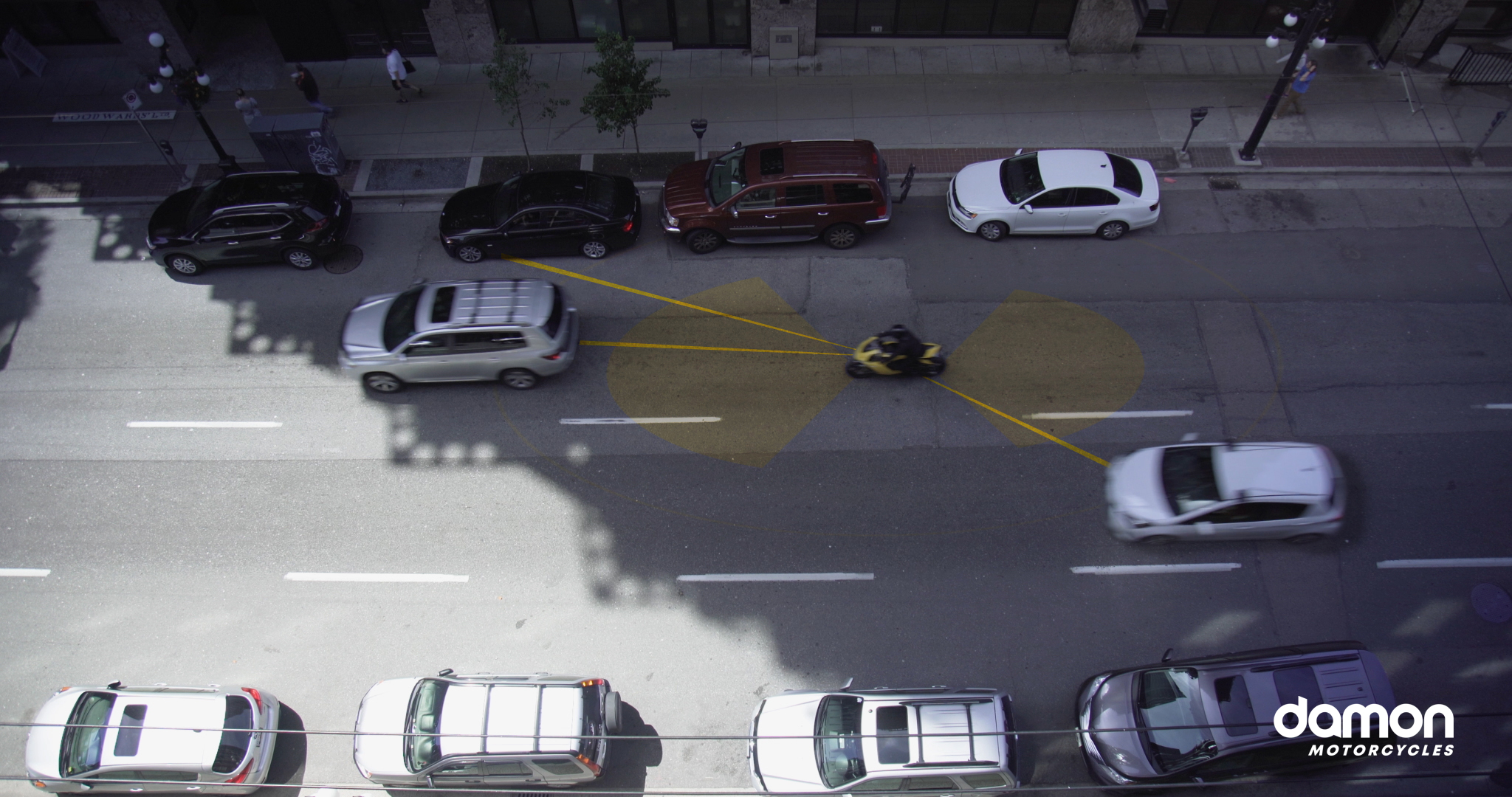 To address the issue of comfort, Damon’s next generation motorcycle features Shift™, electronically adjustable ergonomics that lets riders adapt to road and traffic conditions while in motion. At the push of a button, Hypersport’s windscreen, seat, footpegs and handlebars move in unison to adjust the rider from a high-speed supersport position, to a comfortable sport-touring position, to full upright commuter position for dense city traffic. The company says it’s akin to having two bikes in one.

To ensure high performance dominance, the company recently added electric powertrain veteran Derek Dorresteyn to its team to head up operations and powertrain development as its new COO. Derek had the technical vision and led the engineering and manufacturing teams at Alta Motors from 2008 - 2018. His vision was key to Alta’s podium finishes against ICE motorcycles. “For electric motorcycles to go mainstream, they have to outperform their ICE counterparts. By marrying all-electric high performance with rider aids like CoPilot and Shift, Damon will redefine the motorcycling experience,” said Derek Dorresteyn. Derek rounds out the team with his extensive knowledge and experience in lithium ion battery design, high voltage systems and inverters, power dense motors and high performance chassis systems.

With performance specs to be released at CES, Damon’s class-leading advanced prototypes are set to hit the roads in mid 2020. Damon aims to reinvent motorcycling for the world’s largest mobility segment well overdue for a safer, smarter, zero emission solution. For more information on Damon Motorcycles, please visit damonmotorcycles.com.

Damon is unleashing the full potential of personal mobility for the world’s commuters. With its proprietary electric drivetrain, the company has developed the world’s safest, smartest, fully connected electric motorcycle employing sensor fusion, robotics and AI. Designed as a platform for worldwide line extension, Damon motorcycles will ship direct to consumer on subscription plans to drive scale.

There’s a powerful freedom when you’re connected with your bike and committed to the journey. We want to elevate your motorcycle experience. No matter what you ride, no matter how you ride it, the way you get there is as important as where you’re going.

Copyright 2020 | Designed with by HubSpot